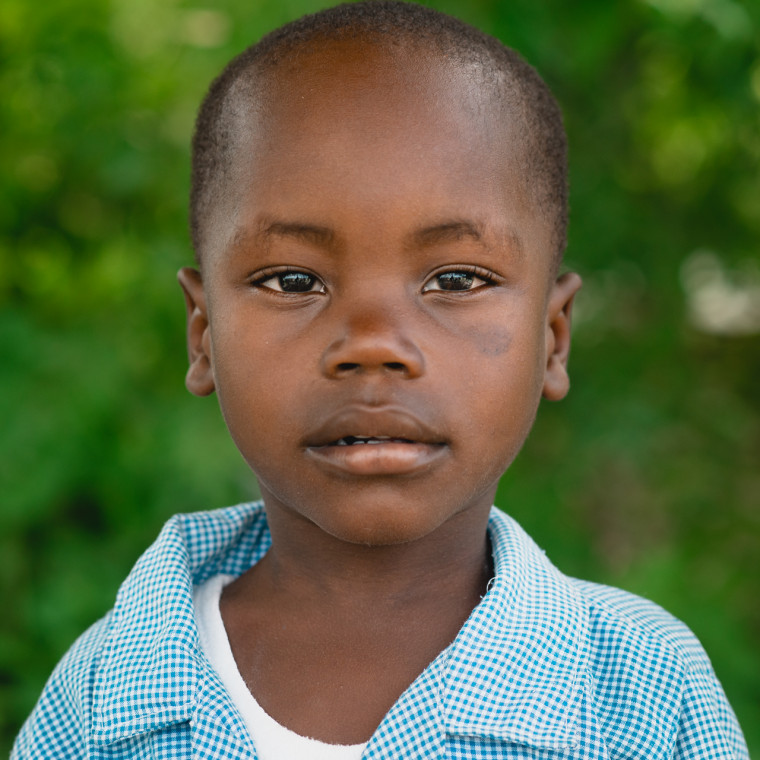 Sando spends a lot of time playing outdoors. Sando was born on November 13, 2015 in Saint Mark, Haiti. He currently lives in Arcahaie with his step-sister and parents. Sando really enjoys playing with his step-sister Luciana. He also has three older step-brothers that do not live with them. His father is a mason and his mother sells in front of the house on and off. Sando attends church with his family. Now that he has a sponsor, Sando is able to attend PreSchool on the Bold Hope property. The family home is unfinished. It is made of stick and concrete walls and a tarp is used as the roof.