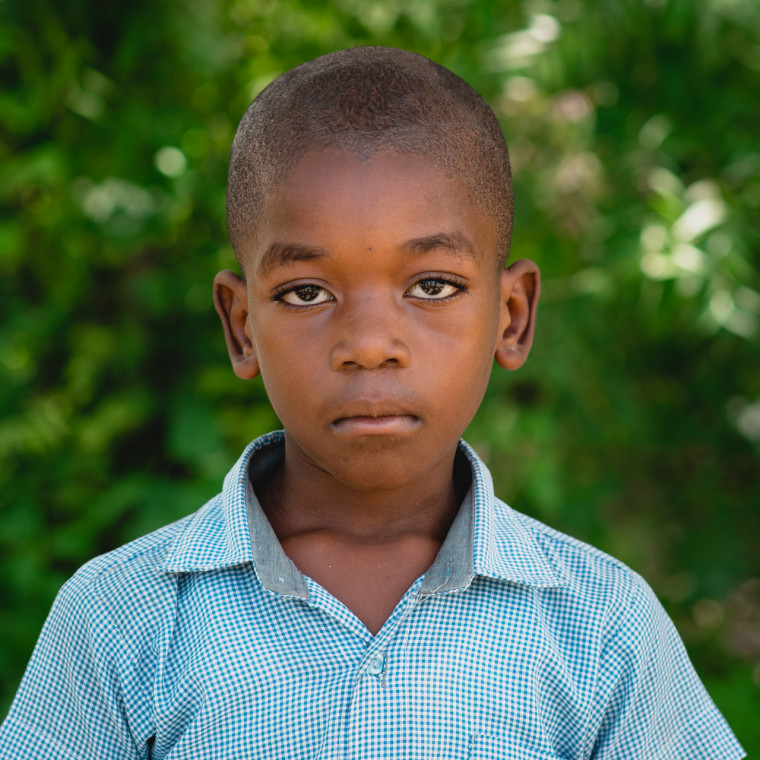 Misly spends a lot of time playing with his brother and sister, and seems to enjoy soccer a lot.
Misly was born on March 5, 2012 in Fond Baptiste, Haiti. He loves school and is very excited to learn. He would like to read like his older brother Delvinkio. He enjoys playing with his friends and playing soccer with his older brother. He enjoys sharing some fun through laughter as well.
Misly has two brothers and two sisters. Misly's mother and one youngest sister moved to the Dominican Republic temporarily. Misly, along with his two brothers and older sister stayed in Arcahaie with their aunt and uncle. Misly’s father passed away in November 2016. The family all goes to church together and find strength in prayer. They have a black and grey cat named Mimi.