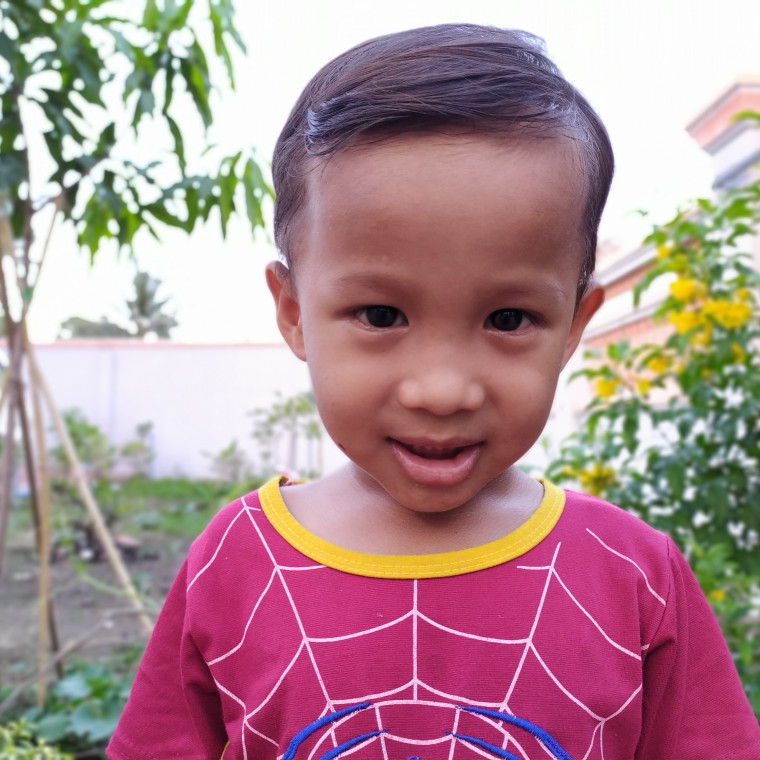 Cholna has big aspirations to become a doctor so that he can take care of people. He loves to swim and paint pictures. Cholna would like to learn both the English and Khmer languages. He loves to eat and typically eats very healthy. Cholna is now in preschool.